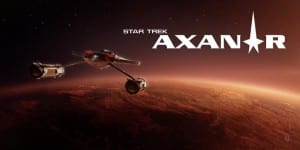 The film was an unofficial (or “independent” as they referred to it) Star Trek work. The film was presented as a documenatary about the Four Years War with the Klingon Empire that took place before the start of the original Star Trek series. It had been funded through Kickstarter, where it had raised some $101,000 in funds.

The film became a cult hit and Peters, eager to expand upon the success, went back to Kickstarter and Indiegogo to raise money for a full feature-legnth presentation. Between the two sites, they raised over $1.1 million in funding.

But then, as the film was moving into pre-production, Paramount and CBS filed a lawsuit against the film, targeting both Peters, the production company he had created for the film and others involved in the project. They claimed that the film was an infringement of their exclusive rights and they sought an injunction against its production as well as damages.

The move surprised many who had been following not just the production of Axanar, but fan fiction in general. Paramount and CBS had, up to that point, a long history of tolerating non-profit fan projects including a professional webseries entitled Star Trek Continues that aims to expand the original series that was also crowdfunded (to the tune of $218,000).

While Axanar certainly had a large stockpile cash and had promised to produce a professional-quality film, it was still, according to its creators, a non-profit venture no different than the previous efforts.

The truth is that Axanar may be a turning point in the relationship between rightsholders and fan fiction creators, a relationship that’s about to get a lot more complex.

Looking Back Five Years (and a Bit More) 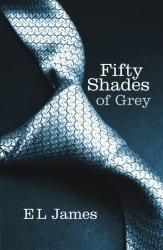 Five years ago, I wrote what is still one of the most popular posts on Plagiarism Today. Entitled The Messy World of Fan Art and Copyright, it looked at the norms, both ethical and legal, around fan fiction and fan creations.

However, even as I was writing that, the battle lines were being redrawn and the reason was because the Internet was, slowly, turning fan fiction and fan art into big business.

For starters, several authors have managed to launch their careers with fan fiction. E.L. James’ Shades of Grey began life as a fan fiction of Twilight and Cassandra Claire, author of the Shadowhunter series (now a TV series) also began as a fan fiction author, focusing on Harry Potter and Lord of the Rings (which also found her being accused of plagiarism).

Another type of fan creation, cosplaying, where fans dress in the costumes of characters they enjoy, has also become big business. Not only are there now several who claim to be professional cosplayers, but others have turned the design of the costumes into a business itself.

The issues have even reached the automobile industry where one of the most-watched copyright lawsuits ongoing involves a garage that was building and selling replica Batmobiles.

Now, all of these things represent a very broad spectrum of fan use of original creations and my goal isn’t to compare them to one another. The only thing they have in common is that they are examples of fan creations becoming drivers of commercial success.

This has put rightsholders in a bizarre position of trying to find where they will draw the line. 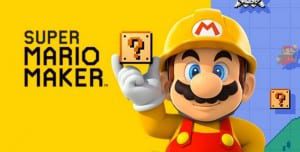 Until recently, the unspoken rule when it came to fan art, fan fiction and other creations was that, if you weren’t making money from it, rightsholders would typically tolerate it.

While there were exceptions, such as Anne Rice’s long-standing opposition to all fan creations, it generally held true regardless of the fandom involved.

But commercialization has slowly crept in. For example, in 2014, “Let’s Play” videos were the subject of great controversy on YouTube. Video game publishers, on the whole, took a tolerant stance on such videos, even for commercial use, but Nintendo famously opted to create a separate affiliate system. That system was a requirement for anyone who wanted to commercialize lets play videos of Nintendo games and meant Nintendo always received a portion of the revenue.

While Let’s Play videos aren’t fan art or fan fiction, they are examples of fans using an original work to create a new one, meaning that many of the battle lines are similar.

Those lines are also representative of the larger issue. The commercial/non-commercial dichotomy has slowly been breaking down for fan creations. We are in a time where fan fiction authors will recast a fan fiction work as a new story for publication, seek to sell a fan-created lexicon  or commercialize Let’s Play videos on YouTube.

Before we even look at whether or not these uses are legal (something I’m avoiding in this article) they raise a serious challenge for creators and rightsholders: If you allow fan creations the question isn’t whether you tolerate commercial use, it’s how much commercial use can you accept. Increasingly, any use can become a commercial one.

Unfortunately, as the unspoken rule begins to wear thin creators are going to have to increasingly find their own balance and that’s going to create some serious headaches down the road.

Why Rightsholders Won’t Lay Down the Law 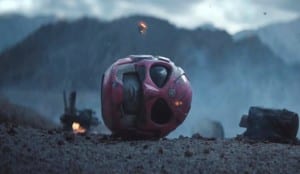 If the problem fans have with the Axanar story is a lack of consistency. Then the simple solution would seem to be for rightsholders in fandoms to create rigid rules for fan creations, to basically create guidelines that would ensure fans were safe.

However, such guidelines are unlikely to ever be published. The reason is because of situations like the Power/Rangers video from last year.

With that video, director Joseph Kahn produced a professional-quality reboot of the popular kid’s series that was known for its gore, nudity and violence. The rightsholders in the series initially filed for a takedown of the video but eventually recanted and had it restored.

The issue is that it’s impossible to predict exactly how fans will use the original work and it’s very possible for a fan creation to comply with with the letter of the law but still be undesirable or even harmful to the original creation.

Power Rangers fan fiction, for example, is widespread and relatively well tolerated. However, a violent, dark and adult version of the show was too much for its creators to bear, at least initially.

While it’s unclear why Paramount and CBS tolerated both the original Axanar short and the Star Trek Continues webseries, it’s likely that they felt the film might have detracted from or cannibalized the ongoing series films being produced under the Star Trek banner.

Rightsholders, almost universally, want flexibility when it comes to dealing with fan creations and, with that flexibility, comes uncertainty. We’re not likely to see many rightsholders laying down hard rules, save in specific areas, and that is going to create a great deal more fan/creator conflicts in the near future.

Creators of fan fan fiction, fan art and even just those who use the works of others to create new works are entering into an era of great uncertainty. Rightsholders are being forced to figure out the balance they are comfortable with and its likely those balances will be determined on a case-by-case basis rather than a wholesale one.

With copyright law, there’s already so much uncertainty between fair use, derivative works and similar issues. Lay on top of that the uncertainty of what rightsholders will allow and it’s easy to see why so many are frustrated and confused.

Sadly, there aren’t any easy answers and there probably won’t be much certainty for some time. Though Axanar will still be a somewhat case, it likely won’t be the last time that a clash between a fan creation and the original rightsholders causes confusion and anger.

The battles, unfortunately, have just begun.