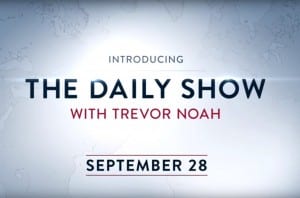 When John Stewart announced his impending retirement from The Daily Show in February, many were disheartened to see his 20 year reign come to an end.

However, Comedy Central, the show’s network, made it clear that the popular comedy news program would continue and quickly announced that South African comedian Trevor Noah would take his place.

Noah took over the job on September 28th but the transition has not been a wholly smooth one. Noah has found himself besieged by a drop in ratings and mixed reviews of his performance.

However, he has a new attack to deal with: Allegations of plagiarism.

Originally reported by The Hollywood Reporter, Noah is accused of plagiarizing a portion of a 20-minute set that he did as part of Politicon in Los Angeles. According to the reports, a routine he did about being a “racism connoisseur” bears a close resemblance to a 1998 routine by Dave Chappelle both in subject and some language.

To make matters worse, this isn’t the first time Noah has faced allegations of being a plagiarist. Shortly after Noah was announced as Stewart’s replacement, Canadian comedian Russell Peters claimed that Noah had stolen material from him and another comic, David Kau.

Peters later would claim that the allegations were just a prank.

Still, as Noah struggles to establish himself in his new role, the allegations have added further obstacles that make an already difficult job that much harder.

When Plagiarism, Politics and Comedy Collide 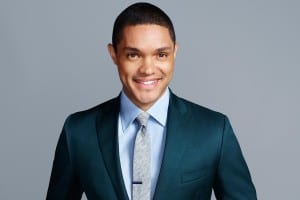 The Daily Show has always been a target for criticism. The show is well known for its left-leaning politics and its jabs at the conservative media.

However most of the attacks against the show have been ideological, not ethical in nature. Though the show has been attacked in the past for the way it approaches and edits interview segments, the focus has mostly been on the aim of the show’s jokes, not the jokes themselves.

For Noah though, the situation is different. As the new face of The Daily Show, his entire career has come under scrutiny.

For example, not long after he was announced as the new host, he was forced to apologize and say he was an “idiot” for jokes he’d made on Twitter previously that many saw as offensive.

And Noah right now has few allies and is besieged on all sides. Aside from his political opponents, fans of The Daily Show are still uncertain about him as a replacement for Jon Stewart and the media is much the same.

And worse for Noah, the recent allegations sit right at the center of plagiarism, politics and comedy all at once. As we discussed before, plagiarism in the comedy world can be very polarizing, but so can plagiarism in politics, a fact seen in the countless political plagiarism scandals we’ve covered.

This makes it a very dangerous type of plagiarism scandal for Noah and considering the attention my previous articles about politician plagiarism scandals get even years later, it seems likely that it will follow him for a long, long time. Still, there is some good news for Noah.

The Good News for Trevor Noah

The good news at this point for Noah is that the allegations haven’t really found a mainstream audience. While The Hollywood Reporter and several large blogs have covered it, as of this writing “Trevor Noah Plagiarism” only gets about 45 hits on Google News. “John Walsh Plagiarism” (the Senator who was forced to resign over plagiarism allegations), by comparison, has over 800.

Also, it doesn’t look like Dave Chappelle has any qualm with Noah. Shortly after the allegations were made public, Noah posted a photo of himself with Chappelle indicating that the two were still friends.

Chappelle has not commented on the accusations.

This means that the scandal won’t likely be a major one for Noah, The Daily Show or Comedy Central. With no outcry from the alleged victim and limited media traction, it doesn’t look like this is a career-killer for Noah.

Still, it’s likely that Noah’s ideological opponents will continue to to attack him using the allegations, as they already have been, making it an ongoing point of contention.

But that raises the question, just how serious is the allegation?

Analysis of the Allegations

Analyzing allegations of plagiarism in a comedy routine is very difficult. Many comedians deal with similar themes and joke about them in similar ways. Also, there’s no easy way to do a textual analysis of a comedy routine because the same comedian can tell the same joke dozens of different ways. So, even if a joke is directly retold, it will likely not be worded the same way.

Still, it’s pretty clear both Noah’s and Chappelle’s bit are very similar in subject matter and share much of the same language, including “racism connoisseur”. The setup and punchline in both jokes were very similar.

Other comedians who have had comparable similarities, such as Carlos Mencia, have been blasted by their peers for plagiarism. However, the allegations against Mencia came as part of a lengthy history or reusing jokes, with Noah, the list of confirmed allegations is much shorter (at least for right now).

A lot of times, plagiarism cases are made through circumstantial evidence. A string of coincidences that are too great to be just coincidence. We’re not there now with Noah, though I would be worried if additional allegations came to light.

Still, if this is the worst that Noah has to deal with on the plagiarism front, I don’t see why this would harm his career, other than as fuel for his ideological opponents.

When Noah took the job as host of The Daily Show, he became a political figure on top of being a comedian. While plagiarism isn’t tolerated in comedy, in politics it becomes more than just a faux pas but a way to tear down a career.

While it’s unlikely that this scandal will, by itself, hurt Noah’s career, it will provide ammunition for his ideological opponents for years to come. In their eyes, Noah will always be a plagiarist and that will be used to dismiss nearly everything he says.

In this regard, Noah’s story is a warning for anyone who wants to enter politics in any way. You need to make sure your work is flawless because any blemish can be used to discredit you and your ideas.

That’s just the way it is and, unfortunately, it isn’t likely to change any time soon.