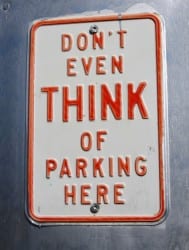 As we slip back into the rhythm of the podcast, we have a great deal to think about and get caught up on. However, the highlight of this episode, hands down, is Evan doing his best impersonation of various famous movie lines and asking me if I think they’re copyrightable or not.

But, then again, short lines are in the news a lot lately as we have Twitter deleting “stolen” jokes after a DMCA notice and still more questions about what is and is not copyrightable when you’re “inspired” by another musical track.

But we have the usual cast of characters too. The MPAA is active again, filing a lawsuit against a series of streaming websites, we also have an Oracle double header as we have news in both their case against Google and their case against Rimini Street.

We also have FilmOn scoring an unexpected win (that’s likely to be overturned) and we have some overseas news as Kim Dotcom suffers another setback and Ripping CDs once again becomes illegal in the UK.

All in all, this is one episode of the Copyright 2.0 Show you don’t want to miss. If you do, well, t’s a lovely podcast you’ve got here, it’d be a shame if smooth