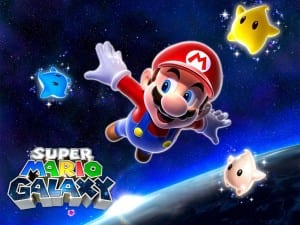 Few companies have been as aggressive in protecting their copyright as Nintendo.

While they’ve had a long history of strong copyright enforcement, their actions took a very public turn in 2013 when they began laying claim to ad revenue generated from user-uploaded videos based on their content.

Though they later offered an affiliate program that promised to split YouTube ad revenue with uploaders, their approach is still in sharp contrast with other video game developers, almost all of whom allow “Let’s Play” videos (videos featuring playthroughs of video games) and similar video game content to be uploaded to the site, even commercially.

While Nintendo’s policies are nothing new, they repeatedly bubble to the surface and become news again. This happened most recently because prominent video game YouTuber Angry Joe posted a rant where he swore off any further Nintendo reviews following a copyright claim on one of his videos.

Nintendo, to be clear, is in the right here. While there are fair use debates to be had surrounding “Let’s Play” videos, debates that have to be handled on a video-by-video basis, the fact is that it’s YouTube’s terms of service and ContentID that gives Nintendo both the legal and technical ability to do what it is doing.

But just because you can do something doesn’t mean you should. Nintendo’s aggressive tactics will do little to pad their bottom line and may serve to hurt the fan community that they have worked so hard to cultivate.

The battle between content creators and their fans is not a new one. Fan fiction and fan art, for example, have likely been around for as long as there have been stories. However, legally, fan fiction is a very messy field where the fiction is almost always an unlawful derivative work.

Despite this, most creators understand that fan fiction doesn’t hurt their bottom line and either tolerate, allow or even encourage it. In fact, with the launch of Amazon’s Kindle Worlds, some are even allowing fan fiction creators to monetize their work, something that was previously unthinkable.

Authors and other creators have long learned that it doesn’t make sense to go to war with your fans unless they are actively hurting their ability to earn a living from their work. There are situations where that is appropriate. Piracy, for example, harms the original work by offering a free, unlicensed version of it to the public that competes with legitimate paid ones. Unlicensed commercialized fan fiction creates competition within the author-created world that can crowd out the original creator.

However, noncommercial fan fiction keeps the community together and creates a symbiotic relationship with the original creators. Fan fiction keeps a thriving and active fan community that the official works can more easily exploit.

While commercial Let’s Play videos would run afoul of the noncommercial rule we see in fan fiction, this isn’t an issue of commercial vs. non-commercial. It’s about finding a the tipping point and determining when a fan community has crossed the line into doing something that is actively harmful to the business.

Let’s Play and other YouTube videos based on video games, even commercial ones, haven’t crossed that line and by clamping down on it, Nintendo risks alienating a community that it needs to survive.

There are two ways to look at Let’s Play videos and both views are valid:

As I said above, both of these viewpoints are correct and valid. But where most video game companies have taken the second viewpoint, Nintendo has clearly taken the first, seeing Let’s Play exclusively through the prism of their content being monetized without their permission.

But while that view is fair, is it the best view to take? Which will help Nintendo more? Will earning revenue from YouTube videos it claims and from those who enter its affiliate program earn more than the vibrant fan culture those videos can help grow?

Nintendo is within its rights to say it doesn’t want monetized Let’s Play videos outside of its affiliate program on YouTube. It just may not be the best move for them long term as videos on YouTube, especially Let’s Play videos and reviews, are going to be bigger and bigger drivers of interest in the video game economy.

In short, Nintendo is going to war against its fans when it really isn’t necessary. Where most creators try to avoid that at all reasonable costs, Nintendo seems to have gone searching for a fight.

Unfortunately, while it’s a fight it can win, it may not be a fight it wants to win.

As I said, there are times you have to go to war with fans. There are times fans cross lines that hurt your business and will cost you far more than the fans are worth. This, however, doesn’t seem to be one of those times and most video game developers agree.

Other people making commercial use of your work without permission can be frustrating. However, those fans aren’t just monetizing Nintendo content, they’re monetizing their play, their commentary, their editing and their name as well. The content in the video game is only part of the picture (often literally).

Whenever you go to war with a fan, you have to decide if the battle is worth losing them as customer. Sometimes it is, sometimes it isn’t. But when almost an entire industry has taken a viewpoint counter to you, it may be time to reevaluate.

To be clear, Nintendo isn’t alone in seeing this simply as exploitation of their intellectual property and I do agree that such a viewpoint is valid. But I also believe that companies can choose their viewpoint and that going to war with fans, even though ContentID, should be a last resort.

While Nintendo understandably wants to send a message that it will protect its copyright and intellectual property, it could send that message in a more cooperative manner, one that sets guidelines for Let’s Play videos that works with fans to nurture the community but ensure that fans don’t cross any lines.

In short, Nintendo chose war when it probably wasn’t necessary and everyone is worse for it.