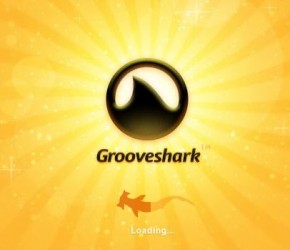 With news today that Grooveshark has lost a key court ruling in its long-running battle against the record labels, it’s a good time to take a closer look at the music streaming service to try and understand both the myriad of litigation surrounding it and, most importantly, how that litigation could seriously impact content creators and hosts alike.

While the case is long, convoluted and multi-parted, Grooveshark is very likely the most important case ongoing when it comes to the Digital Millennium Copyright Act (DMCA) and the protections it provides both creators and web hosts.

However, to understand the potential impact, we need to first take a look at what Grooveshark is, what it’s being sued for and what the recent rulings against the company might mean.

Depending on what happens over the next few months or years, Grooveshark’s legacy might not be that of a controversial music streaming service, but a turning point in the DMCA’s history with implications that no one can fully predict.

Grooveshark (and its parent company Escape Media), in court filings, repeatedly compares itself to a YouTube but for music. It’s a place where users can upload audio files and let others stream them, similar to what YouTube does with video.

According to Grooveshark, this protects the site from copyright liability. Under the DMCA, if a site that hosts content at the request of a third party, such as YouTube, responds expeditiously to copyright infringement notices and removes or disables access to the content, it can not be held liable.

However, the record labels feel that Grooveshark is abusing the DMCA. They claim that Grooveshark built the service knowing that most people would upload infringing audio tracks and that takedown notices would be futile because other users would just upload new copies as quickly as old ones came down.

In late 2011, a group of record labels followed up the first lawsuit with a lawsuit in federal court against Grooveshark. The lawsuit not only questioned the business model, complete with Grooveshark emails indicating that it was their intent to use the DMCA to stream label-owned music, but also alleged that employees at Grooveshark uploaded songs directly, including the company’s founders.

While this is nowhere near a complete recounting of the litigation history of Grooveshark, which is filled with settlements and breakdowns of agreements going back even faster than either of these cases, these are the two major cases that Grooveshark is facing today.

From those cases, three separate legal issues are being tested, all of which can impact the DMCA and how it protects copyright and hosts.

The New York state lawsuit deals with a bizarre issue, namely how the DMCA, and other federal laws, apply to pre-1972 sound recordings.

As we discussed last year, prior to 1972, sound recordings were not covered under federal copyright law. Instead, they were covered under state laws, which can vary wildly from state to state. When Congress amended the law to add sound recordings under federal protection, the law did not apply to previously-recorded works, leaving them out of the federal system until they expire and enjoy no protection at all.

However, the DMCA is a federal law and state laws around copyright issues, generally, haven’t been updated much in the past forty years. As a result, there is a great deal of uncertainty how those rarely-used state laws apply the Internet.

But that’s exactly what Universal sought to test when it sued Grooveshark in New York state court. It alleged that Grooveshark’s streaming of their songs was a violation of their rights and that, since the DMCA is a federal law, it can’t be used to protect against claims involving pre-1972 sound recordings.

The lower court disagreed and ruled the DMCA did apply. However, the appeals court overturned that and now Universal is asking for a summary judgment from the lower court.

The question being asked is fairly straightforward. Does the DMCA cover pre-1972 sound recordings and, if it doesn’t, does Grooveshark’s use of the music equate to a violation of Universal’s rights?

The appeals court seems to have decided the first part of the question should be answered “No” but we’re still waiting on the second part.

Moving over to the federal case and the second issue, the record labels have accused Grooveshark of doing more than just providing a means for users to upload tracks, they allege that the employees of the company, including the cofounders, uploaded tracks to “seed” the site and encourage growth.

The record labels backed this up with emails and logs that seemed to not only show Grooveshark employees uploading tracks, but the company encouraging them to do so. All totaled, the employees of the company are alleged to have uploaded some 5,977 songs to the site owned the labels involved.

This poses a severe problem for Grooveshark. DMCA protection only applies to infringements performed by third parties. If a YouTube user, for example, uploads an infringing clip, as long as Google meets the requirements of the law, they are not liable. But if YouTube were to upload the video themselves, that is a direct infringement and they can still be liable.

The court, in a summary judgment, agreed that there was sufficient evidence that Grooveshark had uploaded the tracks and found it liable.

Given the number of tracks involved, so long as the infringement is deemed willful, which seems likely, the damages, at the low end, start at around $4.5 million and can theoretically go up to. $897 million, though damages at the high end of the range are unlikely. For example, if the statutory damages in MP3Tunes were applied to this case ($19,500 per song), it would total over $116 million, still an incredibly large amount for a company like Grooveshark.

Grooveshark has said that it will likely appeal this ruling so this isn’t necessarily in the books yet. In the meantime, the judge has given both sides 21 days to make arguments about what form a permanent injunction should take.

Finally, in the federal case, the record labels have also been addressing Grooveshark’s business model itself, alleging that the company is aware of many of the infringements that takes place on its services and does nothing to stop them.

The labels point to the fact that Grooveshark has signed deals with various record labels and artists and even features them on their site and recommend them to listeners based on the other, usually infringing, tracks that they are listening too.

However, where the labels have found success on the first two issues, courts here have been more skeptical. Based on previous rulings, Grooveshark made the argument that, since it was unaware of specific infringements without notifications, it had no obligation to remove. Labels, however, noted that, despite all of Grooveshark’s self comparisons to YouTube, it had not launched a service similar to ContentID to filter out infringing content.

Still, the issues here are much more undecided. Though previous rulings did not favor the labels, they leaned more heavily on the first two issues and, seem to have found a receptive audience with both.

Implications for the DMCA

Each of these issues are critical for the DMCA. Both content creators and hosts use the law to protect their businesses, creators by using it to remove infringing works and hosts by limiting liability.

The biggest potential issue is the pre-1972 sound recording issue. If the DMCA doesn’t apply to such tracks and the appearance of such tracks on a host is a violation of the creator’s rights, then that would represent a major map in the coverage of the law.

Sites like YouTube could find it difficult to operate if they have no legal protection when users upload tracks from that era. Hosts, in general, would be less likely to work with music files, especially if they don’t have an existing license and more hosts, in particular those that work with audio files primarily could find themselves facing lawsuits.

SoundCloud, however, likely won’t be impacted by this because they already have deals with the major record labels.

Most tech companies use some variation of the expression “Eat your own dog food”, which basically means they use their own products. Google employees don’t use Bing search and Dropbox employees don’t use Google Drive. A lot of this is governed by internal policy. When an employee uses their own service to infringe copyright, new questions are raised. Was this a company policy? Were they acting in an official capacity? And so forth.

While the Grooveshark case makes it pretty clear that it was an official capacity and it was an official policy, there’s still the potential that rulings could change the way employees, some of the biggest users of any given service, interact with it.

Finally, while it’s dubious that the labels will need to win on their business model arguments, it is clear that Grooveshark has always been a company that operated on the fringe of safe harbor. Documents reveal that they knowingly built their entire business model around users infringing label content so they could build a streaming service without paying royalties.

In short, all three of these areas are going to be focal points not just for judicial action, but also for possible legislative action. As Congress conducts its review of copyright law, the Grooveshark case is going to be one closely monitored to determine what changes need to be made in the area of safe harbor.

For users, Grooveshark is already largely forgotten. Though it claims to have over 30 million users on its about page, Spotify, as of May this year, had over 40 million despite a limited footprint. Spotify, on top of being legitimate, provides a better user experience with a better-organized library, more apps (Grooveshark’s mobile apps have been repeatedly pulled) and better design.

Much like Betamax before it, Grooveshark is likely going to go down in history as both an also-ran service that lost to its market competitors but also a pivotal moment in copyright history. However, unlike Betamax, which won its case, it’s unlikely that Grooveshark is going to escape liability, especially after today’s ruling.

What remains to be seen is what Grooveshark’s legacy will be and how it will change DMCA safe harbor. Once the courts finish and have their say, it’s likely Congress will want theirs.

Though Grooveshark may not make a lasting impact on the music streaming landscape, it will probably have one on the copyright law landscape, one that will impact every content creator, large and small.