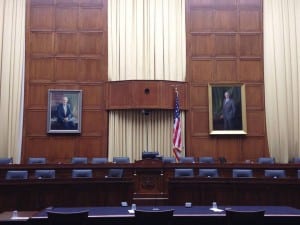 Section 512 of the DMCA is known as the “safe harbor” provisions. These are the provisions that protect hosts, such as Tumblr, Flickr and YouTube, as well as search engines, such as Google and Bing, from liability for copyright infringement due to content uploaded by third parties.

In short, these provisions set up a protocol, known as the “notice and takedown” system where a copyright holder notifies the host or search engine of a copyright infringement and, should the host/search engine “expeditiously” remove the work involved, they are freed from liability.

The notice and takedown provisions have been lauded as the law that enabled much of the Web to take shape while also providing copyright holders an easy, fast way to protect their work. However, they’ve also been decried as a way for individuals to censor content they don’t like or for web services to enable piracy while shirking responsibility and liability.

It’s clear that Section 512 has generated some very mixed opinions and most have a love/hate relationship with it. Hosts love the legal certainty but hate the burden of completing takedowns, copyright holders love the easy removals but are upset about the sheer number they have to file.

To figure out what the answer is, I decided to first look at my experience with the DMCA and the experiences of my friends.

My Use of the DMCA

The very first time I dealt with a plagiarism case was back in 2000. Though I didn’t use a DMCA takedown notice to resolve that case, instead going straight to the plagiarist, I began to use the law to deal with multiple infringements of my work and, later on, to help others.

In that regard, I’m probably one of the greatest DMCA success stories. I’ve used the DMCA to resolve well over 700 cases of plagiarism of my content and countless more for friends and clients. Though the volume of notices has been high at times, it never got so high that it was overwhelming and, overall, I was effective at protecting my work with the law.

I’ve also parlayed those skills into a copyright and plagiarism consulting business that makes a large portion of its revenue from both DMCA compliance and DMCA takedowns. My clients also seem to get a great deal of benefit, largely because I am selective about who I take on and only work with individuals and companies that the law can really help (I direct others to either lawyers or more automated services as needed).

However, my situation is just that, my situation. The DMCA has worked well for me based up on the amount and type of infringement I’ve seen. If the infringement had been higher or more international in nature, my experience easily could have been very different, as it is for many of my good friends.

A Lament for Filmmakers and Musicians

As an author and poet, I was dealing almost exclusively with text plagiarism (some images were also taken at various points). Filmmakers and musicians, however, face a completely different set of issues.

Friends like Ellen Siedler at Vox Indie, who is a filmmaker that has seen widespread piracy of her work and has sent thousands of DMCA notices, taking her countless hours and depriving her of time and energy that could be used creating new work.

Yet, despite this, she’s barely made a dent in the overall amount of piracy and it’s a story that’s repeated by other major copyright holders.

For example, according to Google’s transparency report, BPI, an organization that represents the record labels in the UK, has requested some 67.3 million URLs be removed from Google, including some 291,000 in the past week. Some 7.5 million have been to just the top domain alone, many of the notices being for the same content being reuploaded to the site at different addresses.

Though, in the hearing today, Google said the increase in DMCA notices is because the system is working and is effective, the truth is that the increase is because Google is increasing access to its backend system. For major copyright holders, like BPI, that system gives them the best access to get content removed but is throttled to a certain number of URLs at a time. As Google has increased that access, so has number of notices.

Yet, despite these efforts, pirated content still often ranks very highly in Google. So much so that the UK Parliament took interest in the issue last year.

For these copyright holders, the DMCA hasn’t been a very effective enforcement tool. New works are uploaded just as fast, or faster, than they can be taken down. Little, it seems, is able to curb piracy as even making works more available legitimately has had little impact.

This is evidenced by the fact that, in Siedler’s case, piracy of her movie “And Then Came Lola” is rampant despite it being widely widely available legitimately, including in both Netflix and Amazon Prime for streaming.

Copyright holders are frustrated, they feel as if they are stuck on a treadmill that is too fast for them to run on. No matter the expense or time spent, they feel they are unable to effectively protect their work online through the DMCA.

How the Hosts See It

As someone who works with hosts to ensure DMCA compliance, hosts, for the most part, seem to like and appreciate the DMCA. Though there is an expense that comes with compliance, one that starts with the $105 filing fee for registering a DMCA agent, the costs are much less than the legal liability, especially for smaller companies that see relatively few notices.

Still, there is a cost to companies like Google that have to remove some 22.8 million URLs in a month. Even Automattic, which said in the hearing that it receives less than 1,000 notices per month, has to spend time and energy processing these cases, communicating with copyright holders, removing material and weeding out the bad notices.

While it it may not be overly burdensome, it is still in the best interest of both sides if the number of notices is reduced. This is a big part of why YouTube launched the ContentID system, to stem the flood of notices the site was receiving over infringing content being uploaded.

That being said, there is a serious, albeit rare, problem with false DMCA takedowns. While a great deal of media attention is paid to those who maliciously file false takedown notices, such as the two that Automattic is helping sue, those situations are extremely rare considering that, literally, millions of notices are being filed per month.

The more common issue is errors and mistakes, which are unfortunate but also unavoidable when dealing with such a large volume of notices. Still, the rate of error is fairly low. Though Google discarded some 9%, or 21 million, DMCA notices in 2013, many of these requests were duplicates or incomplete, not necessarily because the URL was not infringing.

Still, any error rate is too high an error rate and copyright holders need to work on improving their accuracy, especially if they wish to continue using automated tools and services to track and report content.

But despite the flaws and errors, hosts, by in large, have benefited from the system. The legal clarity and the relative simplicity of handling DMCA notice requests has, in general, been a positive for hosts.

Still, all of this leaves us with an unfortunate situation. The DMCA notice and takedown system, as it is operated today, is ineffective at reducing infringement for a large number of rightsholders and is burdensome for both creators and some hosts.

In 2012, I proposed a series of steps that, in my view, would improve the law. They included greater transparency, getting serious on “red flag” notifications (or situations where a host is aware of infringement without a formal notice) and streamlining the DMCA process to make it consistent and easy.

However, the hot issue at the hearing wasn’t anything on the list, save perhaps the punishments for bad takedown notices. Instead, it was the idea of “takedown and stay down”, or that once you file a takedown notice, a host should be required to block further uploads of the work.

The reason for the call is understandable. Terry Hart at Copyhype recently wrote a piece outlining some cases of DMCA abuse from the host side, meaning companies hiding behind DMCA protection to knowing encourage infringement.

To be clear, there are many situations where a takedown and stay down system would not be technically feasible. Google, for example, can’t remove all unlawful copies of a song from its index because it has no way of knowing which are legitimate and which aren’t.

That being said, there is more that can be done. Search engines can definitely delist sites that receive millions of takedown notices and hosts can certainly block reuploading of identical infringing files. Many, including Megaupload, already used that technology to reduce storage costs.

The DMCA, however, doesn’t currently encourage hosts to do more than remove individual links. However, redrafting the law in such a way that it is not a burden to hosts, continues to provide legal certainty service providers and doesn’t result in removal of non-infringing works is going to be a great challenge.

As a result many have suggested cooperative measures between providers and copyright holders might be a better approach. Unfortunately, the worst actors won’t participate in any such initiatives and that would only harm those who did come to the table.

However, given that many of the worst hosts and companies in the world are overseas, they wouldn’t be affected by new legislation in the United States regardless.

Still, there is room for improvement and it is nice to see a serious conversation about what that improvement might be like get started.

For all of its flaws and warts, safe harbor, I believe, is a good thing. Many copyright holders are able to effectively protect their work and the legal certainty for hosts has helped the Web flourish.

However, it’s been 16 years since the DMCA was passed and the Web looks like a very different place. It’s time to reevaluate the law and find ways to improve it. This won’t be easy, as nothing with copyright law is, but it is very important.

When it comes to the Web, the DMCA is likely the most important copyright law and the safe harbor provisions the most important part of that law. It’s important that the law both protect copyright holders and help them establish legitimate marketplace for their work and protect hosts and those who wish to innovate online. Those two goals are not mutually exclusive or even at odds.

Services like Spotify and Netflix show what happens when tech companies and content creators innovate together. Even YouTube’s ContentID and monetization of video content there shows that the Web can be a rising tide that lifts all boats.

The secret is finding the right balance in the law. It won’t be easy, but if it can be done, it WILL be worthwhile.