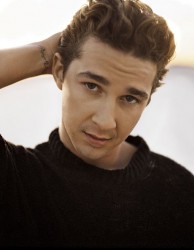 Are you a celebrity, politician and/or researcher caught up in a plagiarism scandal? Well, it’s definitely not your day.

While you would have certainly been better off ensuring that you and your staff don’t plagiarize, what’s done is done and once the plagiarism has been discovered, there’s no putting the genie back in the bottle.

The bad news is that you’re going to carry the moniker of “plagiarist” for the rest of your life, no matter how unfair that actually is. For a celebrity, especially a divisive figure, even a minor plagiarism scandal will get them branded as a plagiarist for life by their opponents and detractors.

However, the good news is that you’re also in good company. Countless celebrities have been caught plagiarizing including Fareed Zakaria, Maureen Dowd, Marc Driscoll and many others. Politicians aren’t immune either as recent Senator Rand Paul had a very public scandal and, further back, U.S. Vice President, Joe Biden, and the current President, Barack Obama, were both accused of plagiarism – with varying degrees of effectiveness.

The good news, for you at the center of the plagiarism scandal, is that, while some like Jonah Lehrer or Jayson Blair have their promising careers destroyed due to plagiarism allegations, most do not and are eventually given the chance to move on.

That is, if you respond to the scandal properly.

Respond to a plagiarism scandal poorly, and the allegations will likely haunt you for the rest of your career, which may never recover. Handle it well, it’s but a brief speedbump that will only be raised by your extreme detractors, who will look almost foolish for doing so.

How do you handle a plagiarism scandal so it doesn’t kill your career? Here are the basics that every potential plagiarist needs to know about.

If you find yourself at the center of a plagiarism scandal, it’s important handle it right. Fortunately, a plagiarism scandal is similar to just any other type of scandal a celebrity, company or politician might face. As such, basic public relations teaches us how to approach.

However, for those who don’t know, here are the basic steps that you need to follow.

To be clear, all of this assumes that the allegations of plagiarism are both real and provable. If you didn’t actually plagiarize or the allegations are so minor as to be a non-issue in the long run, the best thing you can do is be honest and, most importantly, understand you can only be vindicated by time.

As Fareed Zakaria found out, even extremely minor incidents can become major scandals in the short run, but lose their wind quickly.

It’s also important to note that none of this is going to guarantee that the scandal will blow over and amount to nothing. Rather, it just prevents the hole from being dug deeper and starts the process of healing the damage to your reputation.

If the scandal is serious, no amount of public relations is going to save you. But if the scandal is relatively minor, the way it’s handled could be the difference between a minor hiccup and a career or reputation destroying disaster.

The main thing when dealing with a plagiarism scandal is that you made a mistake. It doesn’t matter if the mistake was by a staffer writing on your behalf, an innocent error you made yourself or something worse. If it carries your name, you have responsibility to ensure that it is accurate and plagiarism-free.

If you’re in the midst of a scandal, you clearly failed in that responsibility.

Going on the offensive against your accusers, like Rand Paul and, allegedly, Mark Driscoll did, does nothing to make the scandal go away and, instead, only stokes the flames and encourages others to dig even deeper.

Even if the people making the allegations are your opponents, if the criticisms are accurate and fair, it’s up to you to handle them appropriately. Handling them in a bad way only gives your critics more credibility and creates more problems.

So don’t let a mistake end your career or ruin your reputation, address it well, learn from your mistakes and move on. You might be surprised just what you can survive.