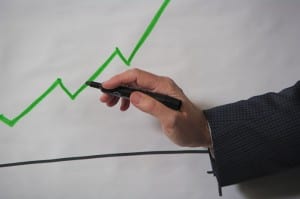 One of the thornier questions I routinely get asked about academic plagiarism is whether it is actually on the rise or if it just appears that way due to improved detection and greater communication about the issue.

It’s a difficult question because it’s that improved communication and detection that makes it possible for us to have any idea how much plagiarism is going on in the classroom today. Though we know that plagiarism existed well before the Internet, going back to at least 100 AD, detection and discussion about it was far less complete than it was today.

In fact, many of the better-known cases of plagiarism were either discovered much, much later, often after the plagiarist’s death. Our lens into how much plagiarism was taking place in the past doesn’t go back very far, a few decades at most, studies on it aren’t much help either considering that the topic was generally considered taboo for research until recent years.

So what is the answer, or at least the best one that we can give? It appears to me to still be clear that plagiarism is on the rise, though that is just one part of a much more complex picture.

For the past few years, there have been regular studies about student’s attitudes toward plagiarism and whether they admit to having done it. The trend has been slow, but consistently toward greater acceptance of plagiarism and more students admitting to do it. In short, even in just the limited time that plagiarism has been actively surveyed and studied, the trends have indicated more plagiarism.

However, this movement has generally been very small, only a few percentage points over the course of many years. While this is important and should be addressed, it doesn’t explain why many teachers are reporting many times the amount of plagiarism today than they were just a few years ago. This includes at least one professor who found that some 20% of his class had plagiarized to some degree or another.

Such a huge jump can only come from a variety of factors and I agree that improved awareness and detection are both issues that affect the amount of plagiarism observed and dealt with. This is especially true when services like Turnitin and MyDropBox are used that automatically check every student work for plagiarism. This makes it easy to find smaller cases of plagiarism that, most likely, would have slipped under the radar before.

The result is something of a perfect storm: A technological environment that makes plagiarism easier than ever, a shift in attitudes that makes plagiarism less taboo, new detection tools that make it easier to spot and a pressing desire by educators to talk about the issues. In short, every factor that could contribute to the rise in observed plagiarism seems to be contributing to it.

This, in turn, why plagiarism has exploded in recent years as an issue for academia on all fronts and why it isn’t likely to go away any time in the near future.

Is plagiarism on the rise? Yes. Is it the only factor that explains why we’re seeing such a spike in cases? No.

Plagiarism is a lot like piracy in that it’s affected by a wide variety of factors and trying to pin it on any one or two things is going to fail to paint a complete picture. Though it’s tempting to look for easy solutions, there aren’t any to be found.

Schools need to be aware of all the issues that are affecting the rise in plagiarism as they attempt to address the problem. Education, discipline and technology are all great tools, but without an understanding of why the numbers are where they are, there can’t be an effective strategy for applying them.

Unfortunately, many schools seem to be approaching the rise in plagiarism with a very one-pronged attack, either education or discipline, without truly grasping the reasons for plagiarism and its increase. As such, the schools don’t make better students, but better cheaters.