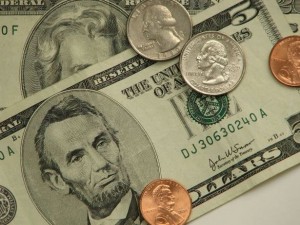 Every time a new piece of legislation, DRM or some other tool finds itself in the news, there are many people out there who say, “This won’t stop the hardcore pirates from downloading files” and they are absolutely right.

However, what most people don’t get about piracy enforcement is that it isn’t aimed at the hardcore pirates, the ones who make it a point to never buy copyrighted works. The entertainment industry, despite what many people claim, is filled with smart people on these issues and they realize that the hardcore pirates both can’t be stopped and, if they can, still will not become customers.

Instead, these efforts, often misguidedly in my opinion, are targeted at casual and accidental pirates, the ones who can be swayed to open up their wallets (and routinely are).

Those who choose, for whatever reason, to not pay for copyrighted works remove themselves from consideration. That, unfortunately, causes their opinions to be discarded in many areas, not just which DRM gets chosen for the next game release.

If you want to have a say in the discussion about copyright, you have to vote with your dollars for anyone to listen, it’s a painful truth that needs to be said and understood.

The relationship between money and piracy is very complex. Surveys have found that those who pirate content also spend more on it. This makes sense as heavy consumers of media are more likely to both pirate and buy content in large amounts.

The truth is that most pirates are fairly casual about it. They download illegally out of convenience, cost, habit, etc, and not for ideological reasons. However, there are a few at the extreme end of the piracy spectrum who do pirate for “stronger” reasons and can’t be swayed to stop.

Those who refuse to open their wallets are often the most passionate and vocal online, but they also cut themselves completely out of debate, even as they often try to dominate it.

The fact is simple, entertainment is a business and, with a business, money talks.

A good example is the Humble Indie Bundle which, despite being available for just a penny (that could have gone to charity), over 25% of the downloads were illegal.

While the Humble Indie Bundle was still a great financial success and several sequels have followed, many projects using traditional models are also great successes. When major players look at the Humble Indie Bundle, they’re going to see many of the same problems they face now and, most likely, decide it isn’t worth the risk.

Businesses, when making large decisions, focus entirely on the bottom line and they follow where the money is going. If you want to see more efforts like the Humble Indie Bundle or Radiohead’s “In Rainbows”, the solution isn’t just to download and enjoy them, but to reward the creators materially as well.

While “freeloaders” can be useful members of a community and generate revenue other ways, such as by promoting a product or brand, if the money isn’t there at some point, then it doesn’t matter what people think or how much they like an approach.

If you want to cast your vote, you have to make the cash register ring.

Voting with your dollar does not simply mean taking your money away from those you don’t like, it also means supporting those you do. If the industries, lawmakers and other decision-makers don’t believe that you are a potential customer, they won’t seriously consider your opinions on what kinds of entertainment to produce, how to market it, how to sell it and, perhaps most importantly, how it should be protected.

Of course, opening your wallet in this case could mean a lot of different things, including, most notably, viewing ads (rather than skipping/blocking them), but the end result is the same, content creators and those who support them earn a profit.

In the end, if you don’t support the people and business models you like or want to see succeed, your opinion isn’t going to matter. Creators will continue to target those who are paying and ignore you because, in their eyes, you might as well not exist.