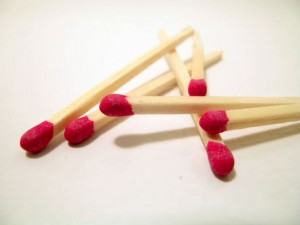 Recently a group of major U.S. ISPs and major copyright stakeholders, including both the MPAA and the RIAA, announced that they were implementing a “six strikes” regime of copyright alerts and mitigation measures to reduce piracy.

The system works by sending a series of up to six copyright alerts to account holders who are accused of copyright infringement. The first four or five alerts are warnings but on the fifth or six alert, depending on if the ISP waived taking action on the fifth alert, various mitigation measures are implemented including limiting download speed and halting access until the customer contacts the ISP.

At no point in this process is the customer information given to the complaining copyright holder and there is an appeals process. However, the appeals process does come with a $35 fee that can be waived.

In contrast to “three strikes” laws passed in France and New Zealand, the U.S. system is far more tame with many more warnings and far gentler mitigation measures. However, that hasn’t helped the U.S. agreement, which was created as a framework and without legislation, avoid controversy.

Some have called the new system a form of “railroading” and others have said it is turning the ISPs into “copyright cops“. Many have wondered why, after years of holding fast to their position that they didn’t have to police their networks, ISPs agreed to this plan.

More importantly though, others are wondering what the system means for them, either as a copyright holder or an occasional downloader. The answers to all the questions are a bit complex but can be pretty easily explained to anyone who is willing to take a closer look.

The Aligning of the Stars

Though many commentators have expressed surprise at this agreement, the truth is that this has been a long time coming. The stars for this kind of framework have been aligning for some time, well before it was leaked they were negotiating such a deal.

While copyright holders have every motivation to seek such a deal, ISPs, it seemed, did not. Not only did the DMCA protect them from any liability, but they risked angering customers by taking any action.

However, the situation is not that straightforward and, over the past few years, ISPs have been put in a precarious position on this front. Consider the following issues:

In short, the two sides need each other (or are already one and the same) and the shadow of government intervention was all that it took to push the process along.

What Does “Six Strikes” Mean For You?

Despite the controversy and the ongoing dialog about the new system, it most likely won’t have a drastic impact on you. Just as with the iTunes Match debate recently, the actual impact is likely overblown.

For example, if you’re a smaller copyright holder or otherwise not part of this agreement, you won’t be able to send any alerts and, if you don’t pirate content, you most likely will never see one, unless your wifi is being misused.

Even if you’re a casual music or movie downloader, this agreement probably won’t drastically impact you. In fact, some even feel it could help you by giving you plenty of warnings and helping you avoid a lawsuit.

This effort is generally targeted more at diehard pirates and, even then, it is far more aimed at education and not enforcement. The mitigation steps are tame compared to those in other countries and the long series of warnings is more geared toward informing the user about the problem than threatening them.

In short, only a handful of very active priates will likely be on the receiving end of any mitigation measures and those that do will get there more because of stupidity than the actual act. After all, who would continue doing the same thing after four or five warnings?

The real change, most likely, is yet to come. Simply put, it seems unlikely that this framework is going to be the end of the relationship between ISPs and content creators and that could have a big impact on the Web down the road.

Looking Ahead to a Different Future

The real change with this agreement isn’t the number of strikes or the mitigation measures but that it happened at all. After all, other nations that have implemented such “graduated response” systems did so either through court decisions or legislation, not voluntary agreement.

In short, the most amazing thing to come out of this could very well be the Center for Copyright Information, the organization that is overseeing this effort and was founded jointly by ISPs and copyright holders.

If the parties involved can make this agreement work over the long-term, it could be a huge shift for the Internet in the U.S. This is especially important in the copyright landscape because, in many ways, this agreement is already out of date.

After all, with piracy already shifting away from easily-monitored p2p networks and toward file locker and streaming services, a trend that began as early as 2005, and it is likely that trend will only continue for a long time to come.

In short, this, in many ways, is a piracy agreement that is about five or six years too late to be on the curve. However, if it holds, it could open the doors for future agreements, which could be far more drastic and have a broader impact.

While the pact seems to be somewhat tenuous now, the external factors that brought it into existence are only going to grow in strength over the next few years, possibly driving these two sides even closer together.

That, in turn, will make future agreements easier to draft and could make them much more far reaching. A prospect that dramatically alter the Web itself.

All in all, this specific agreement isn’t likely to have a drastic impact on anyone that isn’t already a part of the agreement. However, the fact that it exists, the factors that helped to make it happen and the current climate online means that there is a good chance this won’t be the last we hear of this partnership.

In short, rather than worrying about or pondering over the specifics of this deal, it’s more important to look at the fact it exists at all and what it means for the future of the Web.

After all, if the ISPs are either the same companies or closely aligned with the largest copyright stakeholders it will inevitably impact the Web in other ways. It just remains to be seen exactly how.