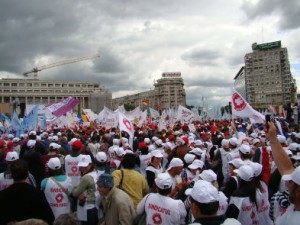 For example, in politics, George W. Bush, Barack Obama, John McCain and Joe Biden have all faced allegations of plagiarism but, with the possible exception of Biden, all the scandals had more to do with politics than plagiarism.

While some plagiarism scandals do hold up, such as the Ben Domench scandal, the Kaavya Viswanathan scandal in literature and the Nick Simmons plagiarism scandal in Manga, most are like the Chris Anderson scandal or the Maureen Dowd scandal and are either blown out of proportion or are backed by weak evidence.

But whenever I debunk or even tame a plagiarism scandal, I am always asked ‘What does it take to get you on board?” or “What would convince you (person) is a plagiarist?”

There’s no easy answer to that and every scandal has to be taken on its merits. But there are some things I must have for me to consider a person a plagiarist, at least in the sense of the word that those pushing the scandal would like me to believe.

With that in mind, here are my five rules to consider and what I would say have to be met for me to believe that a person is actually a true plagiarist.

This one seems simple enough, but it’s the grounds on which the recent George W. Bush scandal fell apart. You have to be able to prove that the alleged plagiarist copied something.

While it’s true you can copy ideas, the idea has to be original enough and specific enough that it could not have been thought up independently to prove plagiarism. This is why most plagiarism scandals that stick focus on physical copying, whether its verbatim text reuse or tracing images or just outright copying files.

If the similar material could have easily been created independently, there can be no way, with certainty, to call one a plagiarist with any certainty.

2. Proof They Were Involved

While I agree that when one is a political candidate or other public figure they have ultimate responsibility for their speeches, books, etc. distributed under their name. But when you say someone is a plagiarist, you are accusing them of the act of plagiarism. To say that, you have to show they were at least involved in the act of creating the work.

When and if a politician gives a plagiarized speech, he or she probably had little to no hand in writing it. Though they have responsibility for it, it’s hard to call them a plagiarist though you may be able to argue they were sloppy in their handling of their speech or lazy in having others ghostwrite it without first checking it.

To really rake someone’s reputation over the coals over a plagiarism allegation, one needs to show that they were directly involved in the act, and not merely handed the work.

Next, it has to be shown that the copying and plagiarism was a violation of relevant ethical standards and, surprisingly, these standards can be very relative.

For example, those who work in the legal profession are held to a very different standard than those in the academic or literary profession. The copying and use of content has to go above and beyond what would be considered acceptable in the field it was in.

This was a part of why the Nick Simmons scandal was so egregious and the Obama scandal much less so. Not only was the amount and severity of the copying different, but the differing ethical standards between creating an original Manga and political speechwriting set the bar higher in the Obama case.

4. No Attempt at Attribution

This one seems straightforward, but there are constantly scandals that seem to tread into the gray area of what is or is not acceptable attribution.

What if you attribute a quote in a speech but leave off the attribution by accident once after giving it half a dozen times? What if the goal isn’t plagiarism, but homage and you feel your readers are smart enough to understand what you’re trying to do? What if you don’t provide proper footnotes but, instead, only offer a bibliography or a nod in the introduction?

There are very few areas where a citation standard is set in stone, the academic arena being one. If the citations standards fail to meet the ethical requirements of an industry, that is one thing (as per item 3), but if its a gray area issue with no set or even common practice, I’ll be more hesitant to use the “p word”.

I may call them sloppy and question their methodology, but if there was an honest attempt to attribute the work, I’m hard pressed to call someone a plagiarist because it fell short of a non-codified standard.

5. More Than Just a Goof

Though I don’t believe plagiarism requires malice, I also recognize we’re all human and will make mistakes. One omitted citation, especially when the rest of the work is cited properly, does not make a person a plagiarist. Go through anyone’s lifetime of works, including my own, and you’ll find mistakes and errors made in citation.

To convince me to join the mob and shout someone down as a plagiarist, one has to be able to show that they at least are guilty of negligence or recklessness. Someone who makes a good-faith attempt and gets most of the citations right should be forgiven for the rare mistake.

After all, we’re all human and if we shout each other down for making mistakes soon there won’t be anyone left standing.

To be clear, these are just the rules I have for calling someone a plagiarist in the sense those caught up in a plagiarism scandal are doing so. There’s a whole wide gray area between this kind of “grab the torches” anger and someone who is completely innocent.

Most plagiarism scandals are, quite frankly, blown well out of proportion. Some are outright fabrications but most are built on some grain of truth that gets expanded beyond all reason. Whether it’s a coincidence, a mistake, a minor infraction or just a one-time incident, most scandals start somewhere just a shade gray of innocent and wind up being blown up until the subject’s reputation is destroyed, often needlessly.

While some plagiarism scandals do pan out, as mentioned at the beginning, most do not. It’s important to not get too carried away with calling people a plagiarist not just because it ruins lives and diminishes the meaning of the word and the act itself.

After all, if everyone can be accused of plagiarism, then being a plagiarist is not such a bad thing at all.