Over the past 24 hours there have been well over 100 blog posts about the recent ruling in the Lenz v. Universal case. The ruling, which found that copyright holders must consider fair use when submitting a DMCA notice, has been met with open arms by most on the Web and has earned rave reviews from nearly every source.

Though the ruling is, quite correctly, being heralded as a big step toward a more fair DMCA takedown system, to most who follow law in this area, it is neither a surprise nor a big change.

In fact, what is striking about this ruling to me is not that the law has shifted in any meaningful way, but that a court actually managed to interpret the law correctly and craft a ruling that was both logical and sane.

Given the current copyright climate, many of us find it more surprising when courts get it right than when they get it wrong. 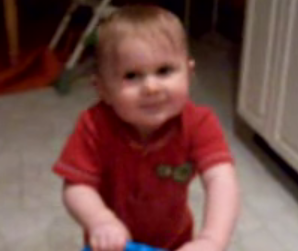 The case is often referred to as the “Dancing Baby Case”, the “Let’s Go Crazy Case” or some other variation of the theme because of the Youtube clip involved.

The video was taken by Stephanie Lenz, a mother who was filming her children playing in the kitchen when one of them started dancing to a song playing in the background. Wanting to share the clip with her friends, she posted a thirty-second clip onto YouTube.

However, it was the song in the background that started the controversy. Prince’s song “Let’s Go Crazy” was playing on the radio and could be faintly heard over the other noise in the room. When Universal Music, who owns the rights to the song, became aware of the video, they filed a DMCA takedown against it, securing its removal.

It was then that Lenz, with the help of the EFF, filed a counter-notice with Youtube to get the video restored and also filed a suit against Universal, citing both misrepresentation and interference with a contract.

Universal, however, quickly filed a motion to dismiss (PDF) the suit. In it, they claimed that, since fair use is an affirmative defense, meaning one that has to be claimed and proved by the defendant in a case, and is resolved on a case-by-case basis, that it would be burdensome for copyright holders to be forced to consider it before filing a notice.

However, earlier this week, the judge denied the motion to dismiss saying that “…in the majority of cases, a consideration of fair use prior to issuing a takedown notice will not be so complicated as to jeopardize a copyright owner’s ability to respond rapidly to potential infringements.”

With the motion to dismiss halted, the case now moves forward toward trial and should, at least theoretically, begin discovery soon. Depending on how eager the sides are to settle, this could speed the case toward a rapid conclusion.

To those who have read the DMCA and have used the law successfully, the ruling was far from surprising. One of the requirements of a proper DMCA notice is

“A statement that the complaining party has a good faith belief that use of the material in the manner complained of is not authorized by the copyright owner, its agent, or the law.”

In this case, the latter part is the most interesting, especially considering that fair use has been formally codified into law, in particular in 17 U.S.C. § 107. It only makes sense that, if a copyright holder, before filing a notice has to weigh whether or not the law allows the use, that they would also have to at least consider fair use.

The court seemed to agree with line of thinking and ruled accordingly.

However, this does not necessarily mean that filing a DMCA notice for an alleged infringement is automatically actionable should the use later be determined to be fair. The subject of the DMCA notice still has to show that the notice was in bad faith, something that would likely be very difficult to do in all but the most clear fair use cases.

This will likely be the challenge that Lenz and her attorneys face moving forward.

But despite these challenges, this ruling alone already makes this case a major victory for free speech as well as a victory for those who have used the DMCA responsibly and with respect for fair use rights.

However, if you are still very concerned about this ruling and simply saying “Don’t file DMCA notices for uses that have a strong fair use argument” isn’t adequate, then here are a few suggestions.

In short, what it all comes down to is being a good neighbor and doing the right thing.

Even if the ruling had said that copyright holders did not have to consider fair use, I seriously doubt I would have changed anything. Failure to consider fair use and free speech issues before filing a DMCA notice is not only dubious legally, but also in a business sense.

Simply put, individuals and companies that earn a reputation for using the law to quash free speech will build up resentment and hatred. Though no one is fond of spammers, plagiarists and other scoundrels of the Web, using the DMCA to shut down non-infringing speech is a sure-fire way to become one of the bad guys yourself.

This is one of those rare times that the law, the ruling and common sense all align with one another. In the end, the only thing I find amazing about this case is that Universal filed the notice in the first place and is now trying so desperately to defend it.

Hopefully the future rulings in this case will be as wise as this one.

Even though the actions of Universal may not have been the brightest, perhaps we can get some smart case law out it.

Will this ruling change how you send DMCA notices?
What do you think the end outcome of the case will be?
What punishment should copyright holders face for sending a DMCA notice on a use that is very likely fair?