The DMCA safe harbor provisions, though less controversial than other parts of the law, have seen their fair share of issues.

Between large corporations filing DMCAs by the thousand, DMCA notices used to silence critics and other issues over the years, the safe harbor provisions have shown that, in the wrong hands, they can be a very dangerous tool.

Fortunately, most of the major cases where safe harbor was clearly being abused either have been or will likely be resolved by the courts in favor of those injured.

However, this has not stopped me from thinking of ways to improve and fix safe harbor, both to reduce the number of incidents where the system is abused and improve the overall efficiency of the process. 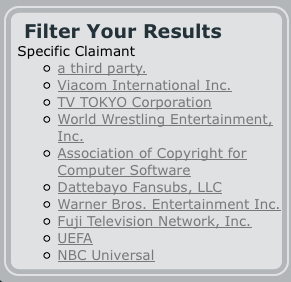 Though, if I could get the ear of lawmakers, this list would actually be much longer, there are five improvements that I consider critical to making the safe harbor provisions work better and more fairly.

Though most of these changes would be fairly simple to implement in terms of the law itself, they create technical and other challenges that will likely keep them from happening.

In the end, I am forced to admit that we are likely stuck with this outdated and easily-abused system that not only favors large copyright holders, but also ensures that the applicability of the law is almost always in doubt.

No matter what you may think of the safe harbor provisions, the truth is that, without the protections it provides hosts and other online service provides, much of the Internet we have today would not be possible. Without the legal security the law provides, many sites we enjoy would be too risky to be feasible.

Still, as laws go, it is a flawed one. However, it is not beyond all repair. Considering the other copyright legislation to have been cooked up by our Federal government, as well as other elements in the DMCA itself, the safe harbor provisions are easily some of the better rules.

Hopefully though, they can be improved and honed to eliminate many of the problems with the law and help copyright holders, hosts, search engines and users alike enjoy the rights and protections the law provides.

Images: Some of the images for this article were captured from YouTomb